My interest in connecting scholarship with performance began during my high school studies with flutist Walter Mayhall in Youngstown, Ohio. Later studies with Tom Nyfenger, who spoke often of his quest to become a “complete musician,” further inspired me and led to a music history assistantship during my master’s degree studies at New England Conservatory. While a doctoral student at Northwestern, with the encouragement of Walfrid Kujala, I embarked on a study of Danish flutist, composer, and conductor Joachim Andersen. Research in Copenhagen, Berlin, and New York over the course of many years has resulted in many performances and illustrated lecture-recitals, new editions of his music with Musikverlag Zimmermann, one of his original publishers, as well as a book for Greenwood Press, articles for the journals of the American, British, French, Finnish, Japanese, and Dutch flute associations, and an entry in the Lexikon der Flöte.

In 1996, I won the Lake Michigan Scholars Search and was invited to become a pre-concert lecturer for the Chicago Symphony. During the past 24 years, I’ve given over 100 lectures and have also presented talks for the New York Philharmonic and the Cleveland Orchestra. My latest project, in collaboration with Oxford University Press, is a new series of books, one for each of the orchestral instruments. Each book includes contextual and analytical information about the best known pieces in that instrument’s repertoire. The inaugural book, Notes for Flutists: A Guide to the Repertoire, includes in-depth discussion of 35 works, and was released in July 2016.

Schwedische Polska-Lieder, Op. 50 for flute and piano by Joachim Andersen (1847-1909)
Joachim Andersen, one of the great virtuosos of the late nineteenth century, knew that audiences adore beautiful, singing melodies and that flutists love to play them. While there are many arrangements for flute and piano of vocal works, this collection does not consist of simple arrangements, but rather of ingenious adaptations of six Lieder drawn from Scandinavian folk dances by Swedish composer Isidor Dannström. The fertility of Andersen’s imagination and his uncanny sense of harmony enabled him to preserve the charm of the originals while making each arrangement fresh and interesting. These pieces are lovely additions to any flutist’s repertoire.

Concertstück, Op. 3 for flute and piano by Joachim Andersen (1847-1909)
The virtuoso Concertstück, Op. 3, is a masterfully written, large-scale work that Paul Taffanel selected as the required piece for the Paris Conservatory’s concours of 1895. Taffanel had performed the work shortly after it was composed in the early 1880s and remained its enthusiastic admirer. He loved Andersen’s music, adopted his etudes into the Conservatory’s curriculum, and selected his works for two concours in the 1890s. In an age when many flutist-composers were writing only light-hearted theme-and-variation pieces and opera medleys, Andersen, in his Concertstück, demonstrates his ability to create a substantial sonata-form composition that is harmonically, contrapuntally, and formally refined.

Salonstucke, Op. 52 for flute and piano by Joachim Andersen (1847-1909)
The seven character pieces that comprise Salonstücke, Op. 52, are Romantic gems that may be played by students, amateurs, and professional flutists as welcome contributions to any recital. Andersen had a gift for creating sublime melodies and enriching them through fresh harmonic progressions to convey the ideas and emotions suggested by his titles. Written at the peak of his career as a composer, Salonstucke contains two suites, each of which offers a variety of movements that continue to delight audiences over a century after they enchanted Andersen’s admirers in the salons of Berlin.

Five Easy Pieces, Op. 56 for flute and piano by Joachim Andersen (1847-1909)
The Opus 56 pieces include Im Herbst (Autumn) and Abendlied (Evening Song), two of Andersen’s most beautifully simple compositions. In Die Blumen (The Flowers), Andersen introduces a fuller contrapuntal texture. Unterm Balkon (Under the Balcony) differs in several ways from the other pieces in this collection. Andersen departs from the usual ternary form and here creates a through-composed piece. Andersen introduces several archaic elements in Aus vergangenen Zeiten (From Bygone Days) to suggest the music of the former eras.

Notes for Flutists offers important historical and analytical information about three dozen of the best-known pieces written for the instrument. Its contextual and theoretical insights make it an essential resource for professional, amateur, and student flutists. With engaging prose supported by fact-filled analytical charts, the book offers rich biographical information and informative analyses to help flutists gain a more complete understanding of 35 masterpieces. 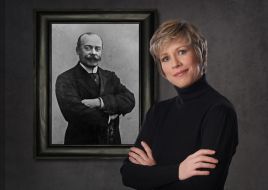 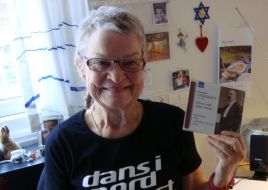 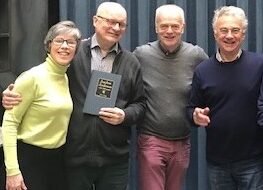 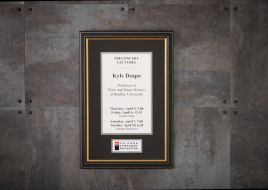 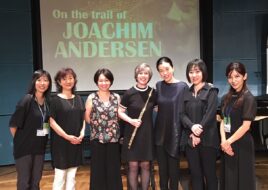