I am lucky to enjoy a performance career that includes solo, chamber, and orchestral playing. I won the position of principal flutist of the Peoria Symphony in 1993 and, in addition to hundreds of performances in that role over the course of 20 years, I performed as soloist with the symphony in works of Bach, Ciardi, Ibert, Martin, Mozart, and Nielsen. I currrently serve as principal flutist of the Peoria Bach Festival Orchestra for which I perform Bach’s cantatas and oratorios, Brandenburg concertos, suites, concertos of Telemann and C. P. E. Bach, and the chamber music of Bach and his contemporaries.

I’ve played Joachim Andersen’s music all over the place, including London, Denmark, Bruno Walter Auditorium at New York’s Lincoln Center, as a guest artist at universities, and at conventions of the National Flute Association and the German and British flute societies. I always enjoy opportunities to present illustrated programs with commentary about Andersen’s intriguing life and music.

My training began in Ohio with Walter Mayhall and continued at the University of Michigan, in summer studies at Yale with Tom Nyfenger, and then at New England Conservatory where I studied with Lois Schaefer and completed a master’s degree with Distinction in Performance. I earned a Doctor of Music degree at Northwestern University where I was a student and teaching assistant of Walfrid Kujala.

Like so many flutists, I learned of Joachim Andersen by playing his etudes. My high school teacher introduced them to me, and I studied them with every teacher thereafter, including side-by-side play-throughs with Tom Nyfenger, whose brilliant performances inspired my practice. Years later, when I was a doctoral student at Northwestern University, Joachim Andersen became the subject of my thesis, and my work expanded to include his compositions for flute and piano. Through all the study, all the performances, and twenty-five years of research, including work in Copenhagen, Berlin, New York, and Chicago, I have come to know him well.

Danish-born Joachim Andersen was a spectacular flutist who made his mark in Berlin in the 1880s, becoming a founding member of the Berlin Philharmonic and an important force during its early years. The 188 etudes–two of which are performed on this recording–remain his claim to fame. Also included are masterful salon pieces; Cesare Ciardi’s Le carnaval russe which Andersen performed on the inaugural concert of the Berlin Philharmonic; Deuxième Morceau de Concert, Op. 61, selected by Paul Taffanel for the 1897 Paris Conservatory concours; and adaptations of Isidor Dannström’s Swedish Polska-Lieder and Mozart’s Don Giovanni, demonstrating Andersen’s ability to recast the music of others into charming new creations.

All materials courtesy of Naxos of America, Inc.

U.S. and Canada
Germany and Europe 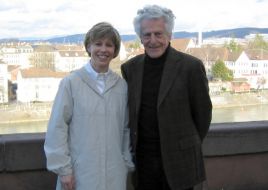 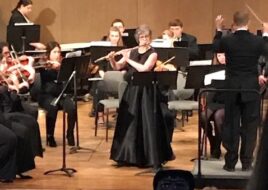 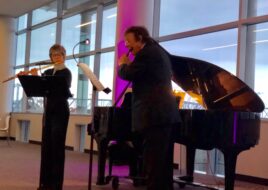 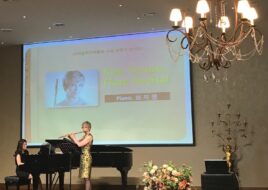